Illustration and Paintings in Digital, Watercolors and Ink 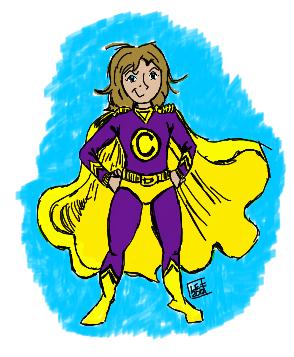 I know a lot of people who enjoy Pinterest. I joined, but due to lack of time, I really haven’t gotten into it. One thing that did bug me about it was the copyright infringement. Today one of my friends on Facebook shared this article. The article is basically about Pinterest stating in their TOS that copyright infringement is the user’s responsibility. It’s pretty standard for web companies to do this anymore. BUT the most important thing that I took from this article, was the ability of website owners to block Pinterest users from “pinning” aka copying your images. The basics are, after your Header put in the following HTML code in your website:   <meta name=”pinterest” content=”nopin” />. I tried to pin a illo on my site, and it worked! I don’t mind sharing my images, but on my terms. Obviously, where there is a will, there is a way, but at least this is a deterrent. I hope this will help some of my fellow artist and photographer friends who are as concerned about copyright infringement as I am.

UPDATE 2/23/12:  It has been brought to my attention that some users on Pinterest do use link backs to the original website. I think that is really great and is how it was intended. However, when I went on my Pinterest account tonight, I found a number of links that were to just generic sites, like “etsy.com” or “tumblr.com” etc. I also want to note that there were also ones that had no linkage, as well as some artwork that was uploaded from the user that was not their own. This kind of thing makes me wary. I appreciate those that would be interested in my art enough to pin it, however I would rather keep control of it on my website. Plus, I don’t want Pinterest to have rights to my work by it being pinned on their site.